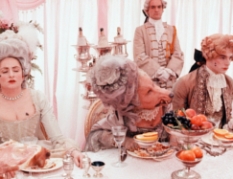 Costumes are central to the pleasures of Gothic film, from Bela Lugosi’s cape to Helena Bonham-Carter’s corsets. But they are more than just spectacle – they are often a key part of what makes a film ‘Gothic’. This talk will trace the history of costume in Gothic cinema and explore the meaning behind some of its most iconic looks.

Dr Spooner is a Senior Lecturer with Lancaster University’s English and Creative Writing Department, who specialises in Gothic in literature, film and popular culture. She has published three books on the subject and contributed to the British Film Institute’s Gothic: The Dark of Heart of Film compendium.

Talks are in The Dukes Gallery Places and are free but please book a ticket from the Box Office.